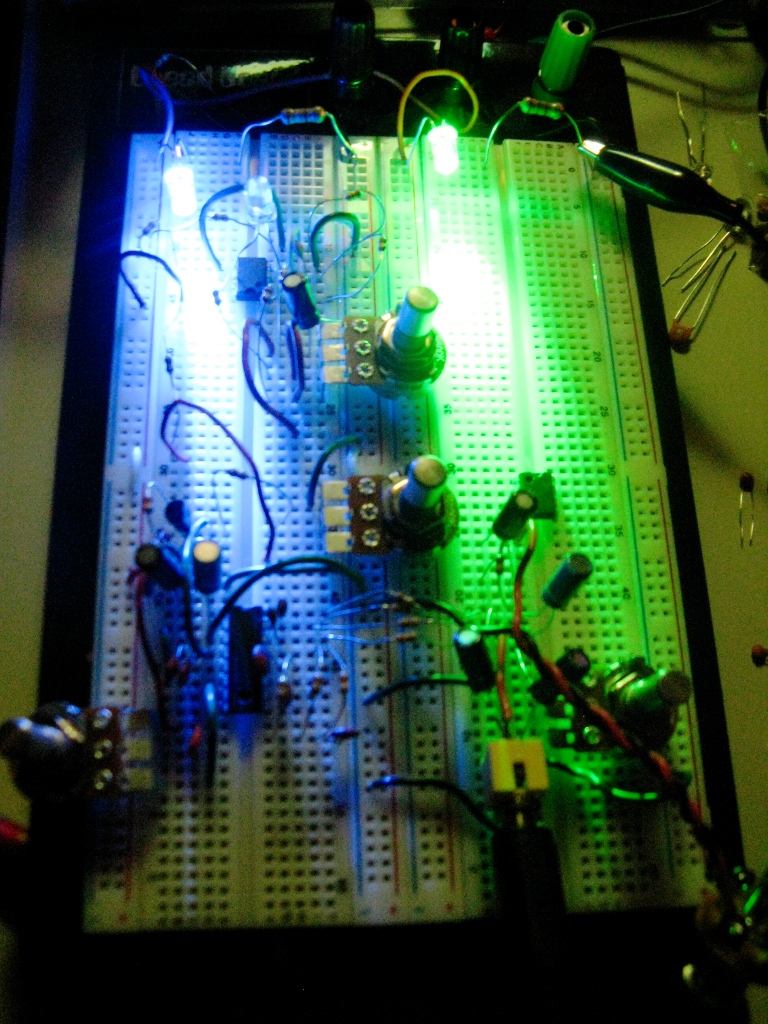 a breadboard version of some PT2399 modifications i’ve been working on. there are a lot of DIY schematics that utilize the PT2399 (Magnus Modulus, Echo Base delay, Rebote, etc.). i’ve been interested at trying my hand at modulation techniques recently. i made a simple LFO circuit based on the findings mentioned in a previous post. i used some techniques out lined in some of the schematics floating out there to attempt to modulate the delay time of the chip. i wouldn’t say i’ve got it to work perfectly, but it’s definitely doing what i had hoped. 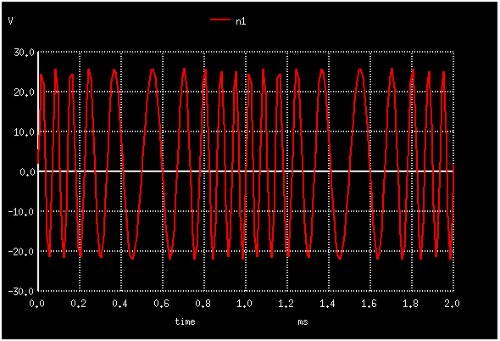 ever wanted to see how that 2N2222 might hold up as a linear RF amplifier? here’s a handy feature of ngSpice that i found recently. i’m rather new to ngSpice and at first was somewhat frustrated by its differences from other SPICE variants. however, i’ve earned a deep appreciation for it and its integration with the gEDA suite.

the above code generates the waveform seen above. the corresponding values in the sffm() function run something like this.