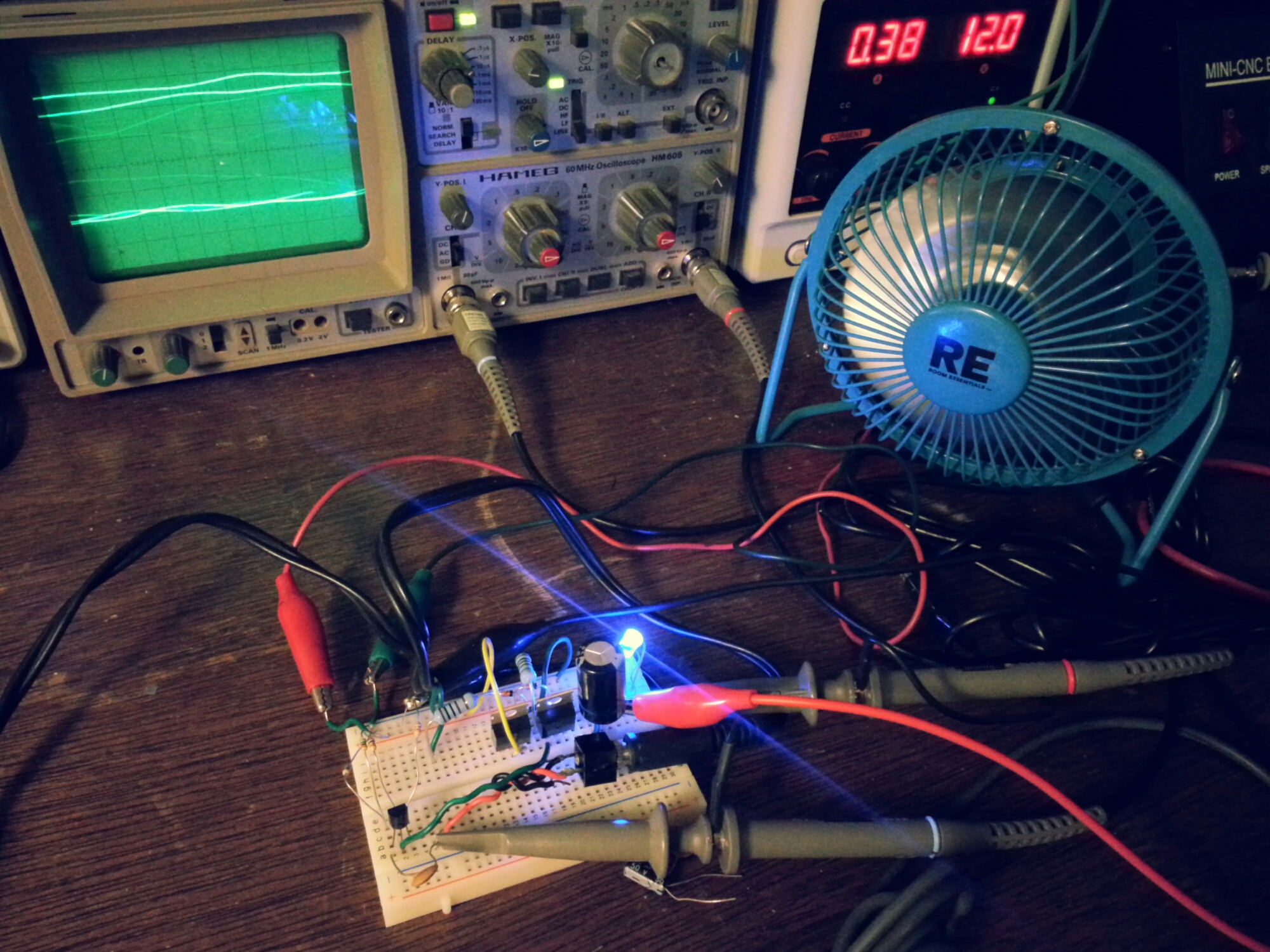 this was an attempt at designing a simple transformer-less class AB amplifier using two BJT power transistors. i setup the USB fan to protect against thermal runaway and cool off the transistors during operation. it took me looking over several schematics to realize that the the emitters of both the PNP and NPN transistors were tied together. the collector of the PNP (TIP32C) is grounded which is obvious! the synapses just weren’t seeing the PNP symbol as upside down. it’s definitely something i’ll have to work on. i’d like at some point to have a nice 40W amp based on a similar configuration.